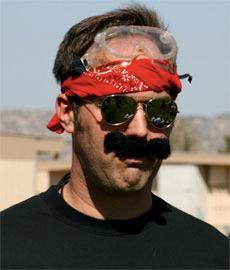 Originally hailing from the great state of New York Mr. Hodder was born and raised on Long Island.
After a brief yet successful career as an international spy he moved to Buffalo where he received both his Undergraduate and Masters Degrees.
In the mid 90's Mr. and Mrs. Hodder hooked up the oxen to the wagon and headed west.  After a very traumatic winter in what is now called The Donner Pass Mr. Hodder arrived in Southern California in the Summer of '97.
Since that time Mr. Hodder has taught science for The Romoland School District.  For a decade he had the pleasure of working at Romoland Middle School and after a brief stopover at Boulder Ridge he has worked at Ethan A. Chase Middle School since its inception in the Fall of 2013.